I have seen lessons where cuisenaire rods have been used and I have a set at home that I purchased but we don’t have the money to buy a class set so I used paper copies. I used these paper copies with my set 3 year 9 and although not ideal I did find the students found using them very useful. The class had spent several lessons previously looking at forming expressions and using letters. So I hoped I had set the foundations for expanding brackets (the next lesson in the sequence). The first thing I asked the class to do was look at the pieces. There was a large square, rectangles and small unit squares. I said I wasn’t sure on the length of the square but knew the width of the rectangle was 1. They saw that the rectangle was the same length as the square and we could assign a letter for the unknown length. They then looked at areas of these shapes and they found the area of the large square rather difficult. Once they had decided that they had areas of; x squared, x and 1 they easily picked out the shapes that represented x squared + 5x + 6.

The next step was for students to play around with trying to form a rectangle that had an area of x squared + 5x + 6. Students found that really hard and tend to either line up the pieces in rows or work symmetrically so that the large square was middle and everything else is round the edges.

One student (not one I expected) found how the put the pieces together so they fit. We had some discussions about what the width/length of the rectangle was.

The next task I set the class was to try and form a rectangle from one large square, 6 rectangles and 8 units squares. The students did this much quicker and were able to write the lengths of the rectangle and the expression for the area with brackets and without. 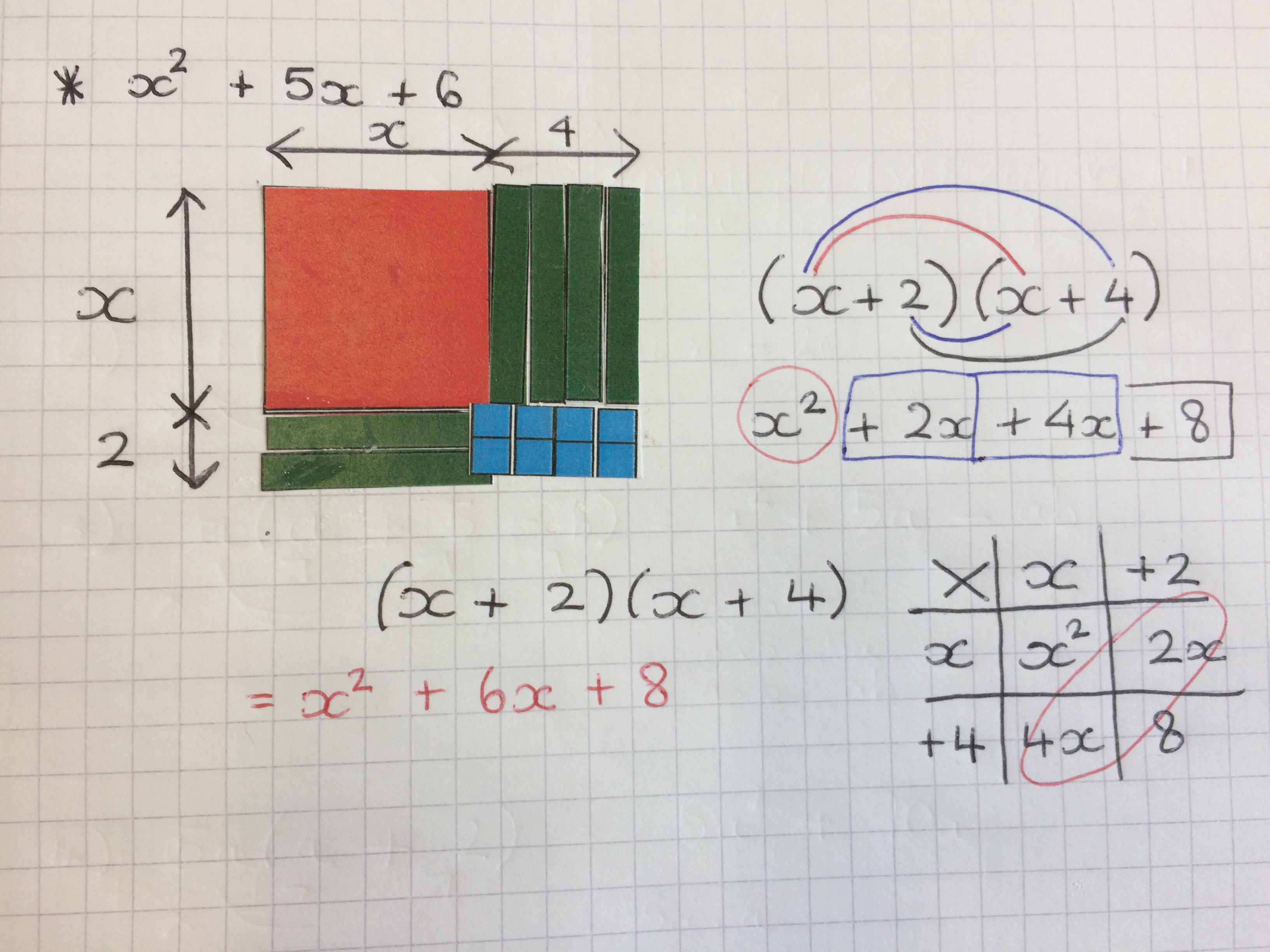 Students were then given a rectangle (x squared + 7x + 10) that had the length and width labelled. They had to find the area of the rectangle. They were able to split the rectangle into four parts and started filling each area. They had x squared, 5x, 2x, 10 but they didn’t notice that it could simplified until we thought about the shapes that would represents the parts of the rectangle. Students then were able to expand brackets by themselves. Some used a grid, some didn’t and some drew in the squares and rectangles. I intend to use the cuisenaire Rods for factorising and made the worksheet below to use with the class.