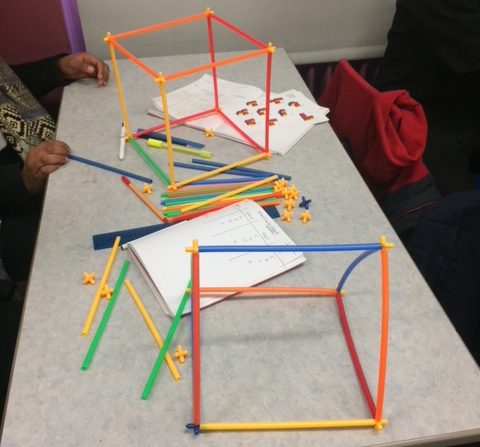 I had a look some sequences with year 8 today. A real variety of different sequences; linear, quadratics, Geometric, Fibonacci etc. We spent some time on linear sequences and there were patterns and they noticed how the patterns always increased by the same amount each time. When it came to the quadratic sequences they noticed that the second difference between each term was the same and they recognised the sequence 1, 4, 9, 16, …

so i thought it would be a good to use some visual representations. Students could use the colours to help them see the blue is a constant addition and the red being linear. The next term could be an image or a number. I hope this will help students notice patterns and they are able to make generalisations. 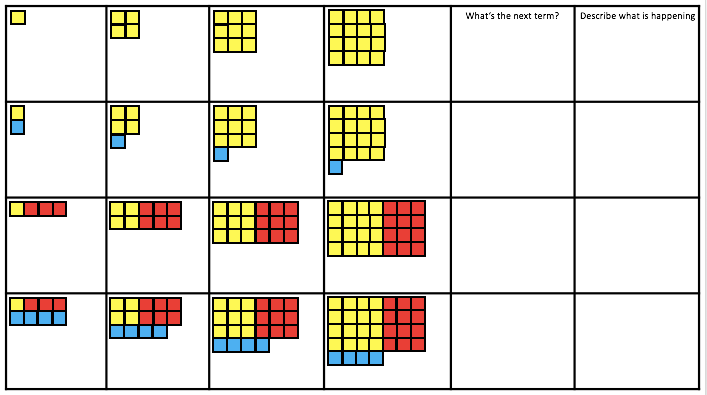 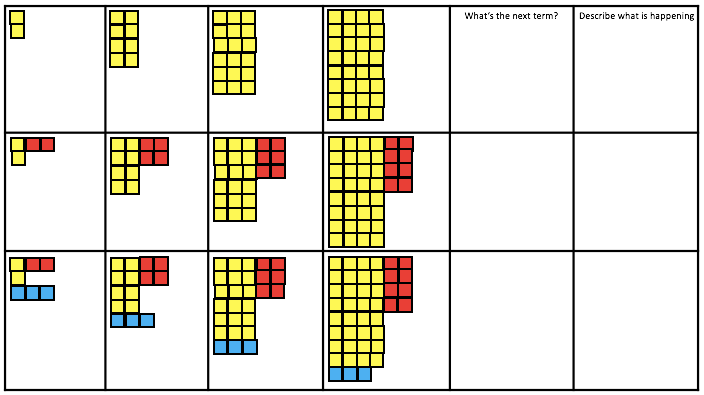 I used the above resources with year 8 today. They said they really enjoyed it, they liked how they could draw or write the next term in the sequence and some recognised the quadratic part and then once you subtracted that if what remained was a constant number or a linear sequence you could finished the nth term. 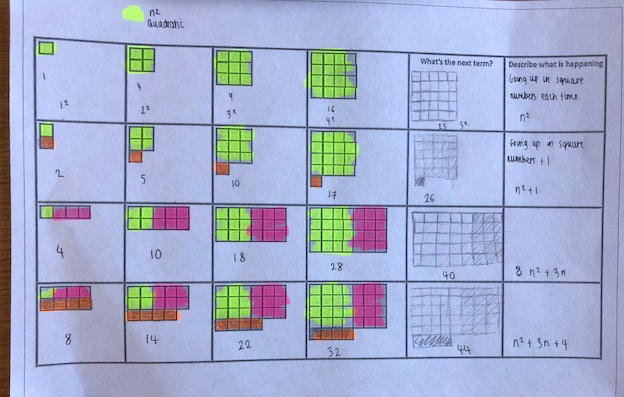 We did move onto a numerical sequence without images:

One thought on “Quadratic Sequences”